Producers of the 'Family Man 2' Raj Nidimoru and Krishna D.K aka Raj and DK took to their official Instagram to share BTS pics as the show completes 1 month 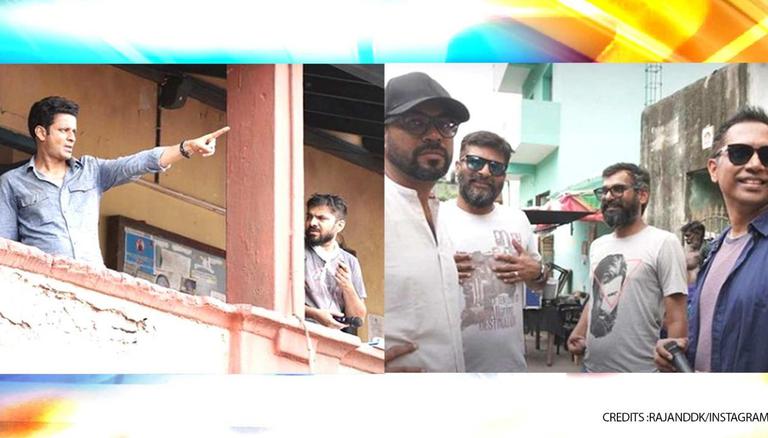 
As Family Man 2 completes one month the makers of the show Raj Nidimoru and Krishna D.K aka Raj and DK  celebrated the occasion through their social media handle. Raj and DK on their official Instagram handle shared some BTS pictures of the Manoj Bajpayee starer show but with a funny twist. Sharing The Family Man 2 photo dump the makers wrote that it was an amazing journey.

Raj and DK celebrate one month of Family Man 2

Makers of the Family Man Raj and DK shared throwback photos from the sets of the show with a meme twist. The pictures featured various cast members like Manoj Bajpayee, Samantha Akkineni, Darshan Kumar and more. While sharing the photo the makers wrote that it had been an amazing journey all because of the fans. Their caption read "One month of #TheFamilyManSeason2. What an amazing ride it’s been. All because of you!. BTS #thefamilymanseason2 Photo Dump."

Season 2 of the popular web show Family Man released on June 3 and received a positive response from critics and the audience alike. The show featured South Indian actress Samantha Akkineni making her OTT debut as the main antagonist of the show. The second season of the show focused on a terrorist attack by a rebel group led by Samantha's character Rajalakshmi. The ending scene of season 2 hinted at the premise of season 3 that will follow the link between COVID-19 pandemic, China and the North-eastern states of India as they use COVID-19 as a distraction to attack India. 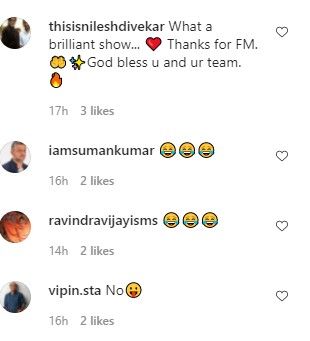 Cast members and fans react to Family Man 2's BTS pictures shared by Raj and DK and left their reactions in the comment section. Darshan Kumar left a laughing emoji while the co-director of the show Sapan Verma left a heart emoticon. Fans were also left in splits as they filed the comment section with laughing emoticons. One fan commented that the show was brilliant and god bless the team. Another fan wrote, "Sir this all love for the series never will stop ever.. Take your time but bring too many seasons" (sic).